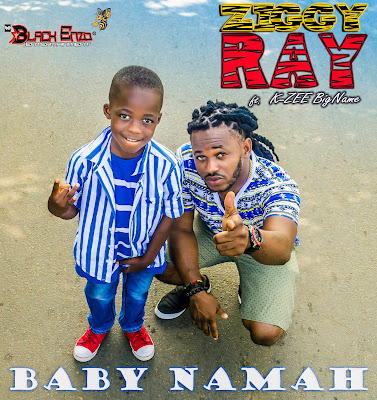 Liberia youngest HipCo artist Ziggy Ray teams up the King of Liberia Gbema Music K-Zee Big Name to release an up tempo banger title " Baby Namah" releaseed unrer the Black Enzo Label. This song is sure to keep young and old folks on the floor. Ziggy sings this song in honor of his grandmother and grandmothers all over the world.

About Ziggy Ray
Duke Randy Loveland aka "Ziggy Ray" is the most talked about, young rapper in Liberia.


Duke was born May 29, 2009, to a Christian Household with strong disciplinary upbringing.
Currently raised by his grandmother who is a reverend and his father, a videographer and
Owner of an audio and video production company, Duke gets the best of both worlds.
As a student in school, Math and English are his favorite subjects, which probably expains why,
at his age his flow is very syncopated and clear. Though his talent had been discovered from birth, he officially started his road to stardom this year, 2016 when a video recording of his performance at a local school went viral instantly and completely catapulted his career.
Now deemed as, The Next Generation "Hipco King" or what he likes to call himself, The
Authentic Hipco Dream, Ziggy Ray has performed on over 20 shows.  With his debut single, Ziggy Ray (In The Building) popular in Liberia and in the Liberian diaspora he is currently working on his debut EP, accompanied by visuals as well.
Duke is a young boy with many talents and hobbies. He dances, makes beats and plays the drums in his grandmother's church.

He is just a joy to watch and listen to.

Posted by JMKPublicist at 9:27 AM No comments: 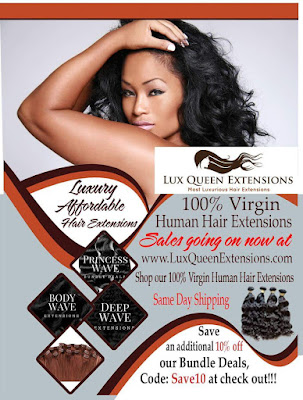 "We have put in years of research and travels to bring you the best hair Extensions at affordable prices. Every woman is a Queen and should feel like one. Our Hair Extensions will definitely make you feel like the beautiful Queens you are."

100% human hair with each bundle directly from a single source, which makes our hair the best grade and quality; and we are bringing it to you at a very affordable rate. High price hair extensions does not necessarily make a hair the best quality, what guarantees the quality is the research, pride and time taken by us at Lux Queen Extensions to find you the best.


About The Owner
Hawa Barry - Diallo, commonly known as Hawa Barry hails from a beautiful country in West Africa known as the Republic of Guinea. A former models who's face has appeared on Target campaigns, Dudley Products, Essence Magazine, Ebony, Mademoiselle, Amina Magazine Cover ,just to name a few. Hawa stepped down from modeling years ago to start her family, she is a mother to two beautiful little angels 11 & 7 and resides in the U.S with her Husband and Kids. For more information on Hawa's modeling career go to website﻿ 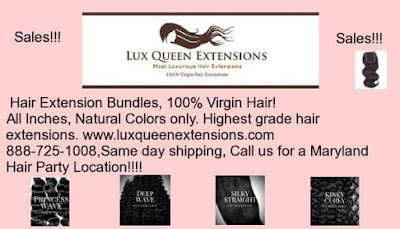 To order Lux Queen Extensions log on to website www.luxqueenextensions.com or call 1-888-725-1008
Posted by JMKPublicist at 1:50 PM No comments: