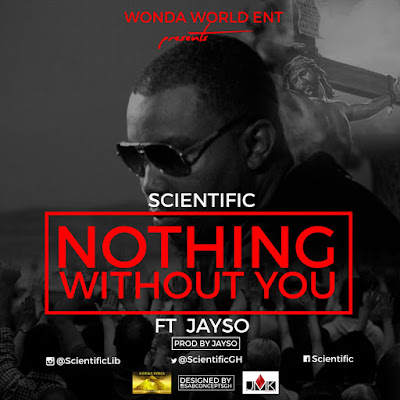 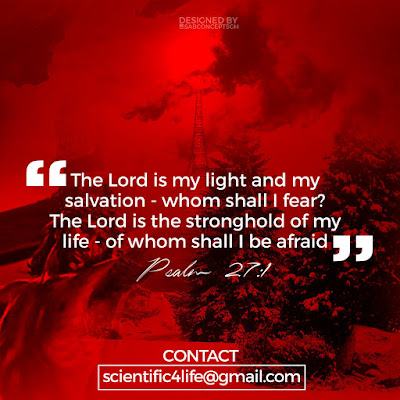 Award winning artists from Liberia Scientific and from Ghana Jayso, teams up to re-release gospel anthem “Nothing Without You” to give hope to the citizens of Belgium and all those who were present during the tragic bombing.


"As a child growing up in Liberia, I experienced the impact of war, hate and terror, so I can relate to the victims”, Scientific said. And as an adult, my prayer for the world is peace & love not hate. With the loss of several lives in this horrific attacked which included a Liberian victim, I can only share this song with victims’ families and all who survived, letting them know it is well.


"My heart is filled with tears for the victims and all those who have lost loved ones in the attack. All we can do now is band together the best we can as one family and help everyone get back on their feet."


“Nothing Without You” is an up tempo gospel Hip-Hop song that goes directly to the heart. According to International DJ Levi based in Washington, DC “I will use this song as my daily motivations because it gives you hope and put things in your life in prospective”.

Posted by JMKPublicist at 8:46 AM No comments:


From ‘Sexy Rider’ banger which featured MzVee to the much anticipated single in the month of March by the multiple awards winning Afrobeat/Dancehall recording artist, NaturalFace; comes ‘AMAKA’.

According to our inside information, the single, ‘AMAKA’ is just going to bust our bubbles! It is a danceable track whose underlying theme revamps images of what stuff this young man is naturally made of.

We also have gathered that no matter how the struggles of the season looks like, this tune should be able to hit every listener the ‘commercial’ way. The feet thumping single features Scientific – thus, we can tell that this combination will raise applause out of a boundless pleasure of appreciation. With Scientific bringing a flare of Liberian HipCo to this already hot track.

NaturalFace in his original self, is sticking to his guns, showcasing his uniqueness through his vocals, as well showing the world that this is going to be a re-introduction of himself (after a while off the scene) and his next new project.

For those who don’t know about the recording artiste – his  first single ‘Body Set’ was the crowd favorite,  and it gained him huge attention; Yemi Oluwatobi, the Nigerian/Ghanaian still maintains his bragging rights with five unique awards from the MTN 4Syte Awards platforms.

Posted by JMKPublicist at 6:09 AM No comments:

Annoucing the Winner For The "Liberia Music Contest"

At the close of the LIBERIA MUSIC CONTEST powered by Africori and JMK Publicist, we received over 50 songs from some amazing talented Liberian artists in Liberia and the diaspora. After the team listen carefully to all songs submitted, the winners of the contest emerged as STUNNA & A-Raw.

The duo submittied their hit single titled "WCW (Woman Crush Wednesday)" produced by Liberian producer Trigga. These rising stars give a breath of fresh air to the kind of amazing untapped talent on the rise in the Liberian Music Industry.

On the 11th of February 1998, Lourell Andymark George(Stunna) was born into the George family in the Gardnersville province and was raised by a energetic single Mother, Miss. Yvonne Oghogho.
Lourell A. George is 18years old and a Sophomore student at the African Methodist Episcopal University studying Economics major.

Aloysius Geddeh(A-Raw) was born unto the union of Mr. Benjamin Geddeh and Elizabeth Geddeh in the Bardnersville Township on the 11th of February 1997. He's 19years and presently studying Information Technology at the N.I.I.T.

Be on the look out for the release of the new hit single "WCW (Woman Crush Wednesday)" STUNNA ft. A-RAW produced by Trigga. 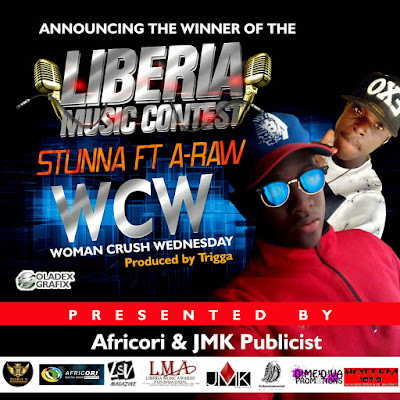 Posted by JMKPublicist at 4:29 AM No comments: