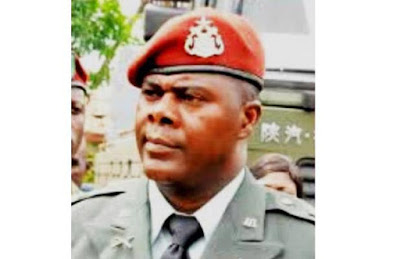 Eric W. Dennis Jr. who is an accomplished Liberian Artist pays tribute to his late father Colonel Eric Waymu Dennis Sr. the former Deputy Chief of Staff of the Liberian Army, in a touching musical tribute. He also encourages Liberians all over world to stay faithful and believe.

The late Col. Dennis was an accomplished musician, He was an organist at the Good Shepherd Episcopal Church in Paynesville.

On February 11, Armed Forces Day 2013, he was appointed by President Ellen Johnson Sirleaf as Deputy Chief of Staff of the AFL replacing Colonel Daniel Moore, who was honorably retired from the army. Col. Dennis was a graduate of the Ghana Army Command and Staff College. He obtained a Master's degree in Governance and Leadership from the Ghana Institute of Management and Public Administration (GIMPA) in Accra. He also earned a Master's in International Relations from the Ibrahim B. Babangida Graduate School of International Studies of the University of Liberia.

Prior to his appointment as Deputy Chief of Staff, he served as Reserved Officers Training Course (ROTC) instructor at the University of Liberia (UL).

Born in Harper, Maryland County on February 15, 1968, the late Col. Dennis joined the AFL in 1986, and received Basic Combat Training at the Tubman Military Academy in Todee, Lower Montserrado County. Upon completion, he served as Instructor of the Reserved Officers Training Course from 1988 to 2006.

He later gained admission into the University of Liberia's Army Student Training Program, sponsored by the Ministry of National Defense, and graduated in 1997 with a BBA degree in Management and Accounting.

During the Security Sector Reform process of the AFL, Col. Dennis, not content with his 20 years of military service, signed up for the new military dispensation. 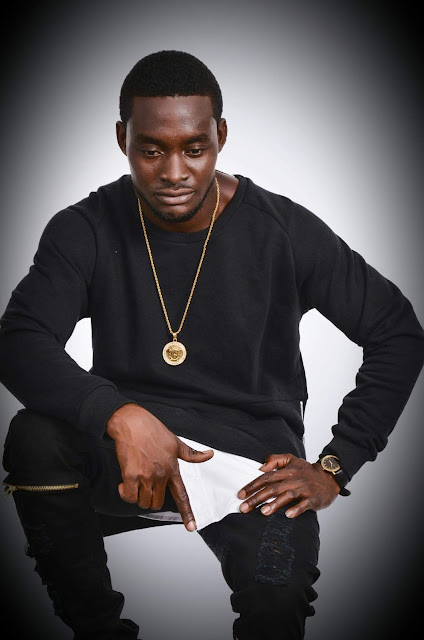 Bernard Kwesi Allotey aka Lofty_FullPage born January 10, in Ghana Volta Region is a Ghanaian Indie songwriter and recording artist . Lofty_FullPage is an energetic young versatile talented artist, passionate in stage performance , recording and song creation . His introduction to the music world was when he hit the studios of 2MG Music owned my Ghana's finest beat maker "Master Garzi" in the year 2013 recording his first single title "Dzigbordi" as group "FullPage". He was nominated for the Ghana Underground Music Awards under the category of HipLife in the year 2014- 2015 for his hit single "I don dey hammer " which he featured Nigerians talented L-J Saaavior produced by KayWan Beat . FullPage won the BEST VOCAL ARTIST OF THE WEEK ON 432THEDROPRADIO.COM with their ewe song " ALHAJI DOGO".


Inspired by the likes of Stonebwoy , R2beez , Wizkid etc , Lofty currently has his owned indie record label "HnbB" (Hard-work never break Bone) with 22 singles in which he collaborated with Ghana's young talent Agbeshie #9 , Mitchy Babaa, Luther , Keron William Canadian base dancehall and reggae artist , Hiyer Flames , Koko Finger Uganda's dancehall king and Nigeria's talented singer Geo. On records , Lofty_FullPage has 4 video to his credit , one released in year 2013- 2014 and currently trending with his latest single "Get Reason" with the video shot by BirdEye Philms. Lofty_FullPage has trilled he's fans on a couple of platforms including University Hall Week, Clubs etc performing along side some of Ghana's superstars with the likes of Bisa K. Okyeame Kwame, Kwaw Kesse, Manifest , Dani Beat , Kofi Kinata etc. Graduating in the year 2012 from Accra Polytechnic, Bernard Kwesi Allotey aka Lofty_FullPage holds a 2nd Class Higher National Diploma (HND) Certificate in Accounting . 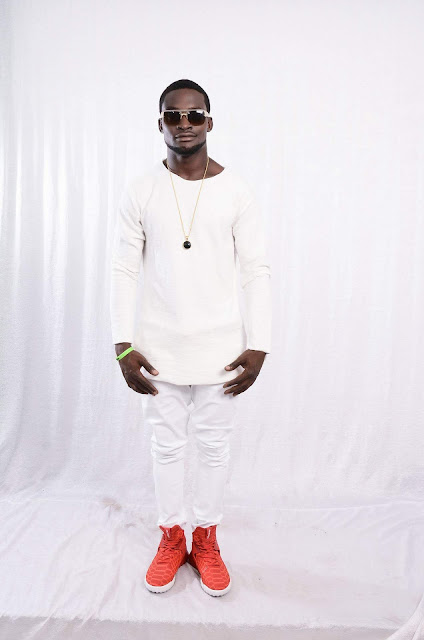 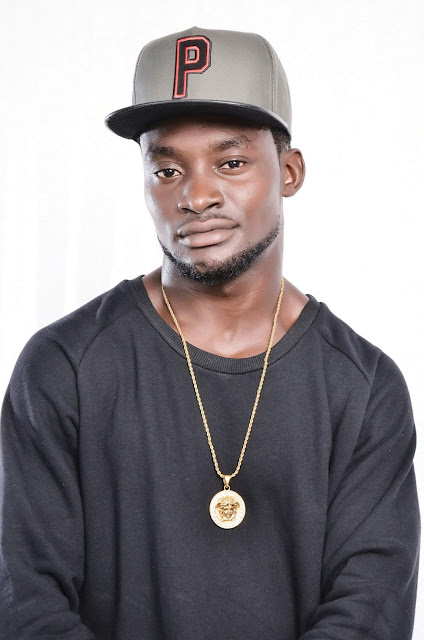 Posted by JMKPublicist at 12:44 PM No comments: 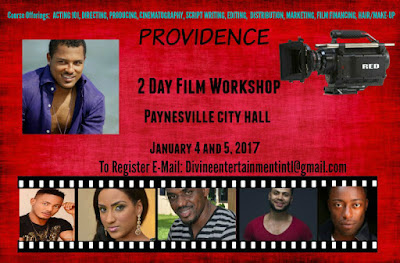 The Van Vicker Foundation announced today that its first annual Providence 2 Day Film Workshop will be held in Monrovia, Liberia on January 4th and 5th at the Paynesville City Hall. Sponsored by Divine Ent., Sky+Orange Productions, and Armstrong & Associates, the innovative workshop which is aimed at educating independent film makers and film students, uniting film makers, as well as celebrating creativity will be facilitated by industry experts from Hollywood, Nollywood, Ghollywood, and Lollywood with a collective 20 plus years of experience.

Participants will be afforded opportunities to learn and develop practical film making skills from industry greats from all walks of life.  Workshop topics will include Directing, Acting 101, Producing, Cinematography, Editing, Film Financing, Writing, Film Distribution, Film Marketing, and Hair/Make-up. The 2 Day Workshop will culminate with an on the job, hands-on film shoot of the movie “Providence”, a film about the ex-slaves return to Africa after the abolishment of slavery in the American Colonization Society’s pursuit of repatriating the slaves by establishing Liberia, a small America, land of the FREE.  Directed by Roger Bobb (The producer of 11 of Tyler Perry’s movies and 6 of Tyler’s tv shows, The Rickey Smiley Show, Director of many movies/tv shows in Hollywood) and Liberia’s own Van Vicker, Produced by Dr. Kulah, Van Vicker, and Elizabeth Armstrong, shot by James Castillo and Gerald Barlclay in both Liberia and the US, “PROVIDENCE” will provide students from the workshop real experiences as film makers.  The movie stars Hollywood’s Lisa Wu (Atlanta Housewives, Hollywood Divas, etc), Golden Brooks (Girlfriends, A Good Man is Hard to Find, Beauty Shop, Something New, etc.), Siaka Massaquoi, a surprise Hollywood actress, Van Vicker, Frank Artus, Juliet Ibrahim, Eddie Watson, Jose Tolbert, Nollywood’s Desmond Elliot, and a host of local Liberian actors/actresses.

For more information about the Providence 2 Day Film Workshop and Film Shoot, please reach Chris Wolo (bluetag.c@gmail.com ) or Dr. Kulah  (kulahc@hotmail.com ).  To audition for the film from Oct. 24th to Nov. 20th, kindly email your recorded 1 to 2 minute audition clip with a picture and resume (if you have one) to divineentertainmentintl@gmail.com. Join us on this journey to educate Liberian film makers and shoot an epic film about the history and culture of OUR Liberia in an attempt to drive tourism to our beautiful country.

Posted by JMKPublicist at 9:12 AM No comments: