The King of African Hip-hop and the Science of Liberian Music Scientific will join the list of top Hip-hop stars like Kanye West, Diddy, Nelly etc... to launch an Urban Chic Clothing Line. Scientific has teamed up with Britt Fashion LLC to introduce a sleek fashion brand to Africa and Beyond.

Scientific pays tribute to his Liberian heritage by naming the clothing line PLEEBO 1857 after the largest city of the county where his family is originally from Maryland County, Liberia.

About Maryland County, Liberia
Maryland County is a county in the southeastern portion of Liberia. One of 15 counties that comprise the first-level of administrative division in the nation, it has two districts. Harper serves as the capital with the area of the county measuring 2,297 square kilometres (887 sq mi). As of the 2008 Census, it had a population of 136,404, making it the seventh most populous county in Liberia.


Named after the State of Maryland in the United States, it was an independent country as the Republic of Maryland from 1854 until it joined Liberia in 1857. The most populous city in the county is Pleebo with 22,963 residents, while Maryland's County Superintendent is Nazarine Tubman. The county is bordered by Grand Kru County to the west and River Gee County to the north. The eastern part of Maryland borders the nation of Ivory Coast, separated by the Cavalla River.

Scientific will launch PLEEBO 1857 on March 25, 2017 during the biggest fashion event to hit Africa in 2017 - Runway Ghana International to be held in Accra. 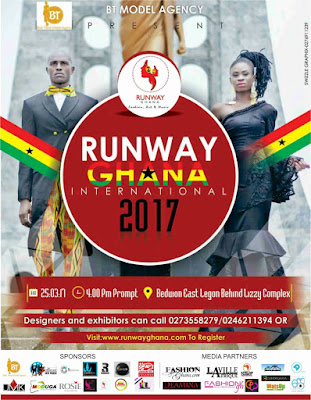 Posted by JMKPublicist at 12:10 PM