FIRST APPOINTMENT ONE IN A MILLION INTERNATIONAL HAUTE COUTURE, HELD AT THE ELEGANT CONTEXT OF VILLA DURAZZO IN SANTA MARGHERITA LIGURE/PORTOFINO. 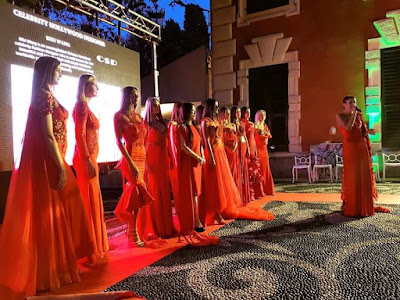 The Mayor of  Santa Margherita Ligure’s  Mr. Paolo Donadoni, has inaugurated “ ONE IN A MILLION INTERNATIONAL HAUTE  COUTURE” event, that took place at VILLA DURAZZO, SANTA MARGHERITA LIGURE/PORTOFINO the 1th Semptember 2018. A night dedicated to fashion, art,charity, music with a a list of top fashion celebrities from all around the world.

Renowned designers and to charity foundations: “MADE IN CARCERE”, supported by SANTO VERSACE, and created by LUCIANA DELLE DONNE made available a set of handcrafted gadgets realized by many detainees from several Italians jail, during the event, in order to allow them a chance to a new life after prison terms. To embody the foundation, the admired author, and producer of the bestseller book called “ GRAMIGNA,GRIDO DI LIBERTÀ” as well co-producer alongside well known journalist MICHELE CUCUZZA of the namesake movies. 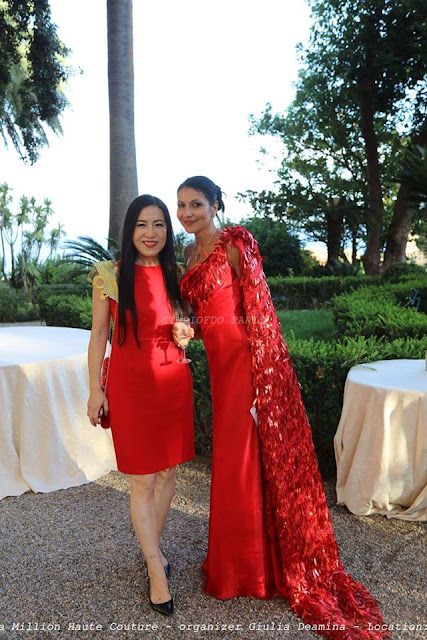 The night’s special guest: ALEXANDRE BODART PINTO, CEO of event agency VIP Belgium, founder of Wheeling Around the World Foundation and Ambassador of the Monaco forum for a better world under high patronage of Prince Albert, all the way from Bruxelles to gave his precious for the event. During event, outstanding jewels adorned with diamonds by MAISON DARGAA PARRISSE PLACE ENDOME were sold at charity auction.

A one of a kind event, brought together the most prestigious haute couture background with two respectable charity projects. For this occasion, the Mayor of SANTA MARGHERITA LIGURE, PAOLO DONADONI, honored the sponsor and mastermind of the event, the successful editor and entrepreneur, GIULIA DEAMINA, following the stylist’s “dream team” starting from ADDY VAN DEN KROMMENACKER (AMSTERDAM) ,KIKI WANG (well known Hollywood stars designer), PATRICK PHAM ( hailing from Vietnam, current living in Paris) KARIM KADID(ALGERIA). Each of designer showcased their new haute couture collection, during the runway. Furthermore: ALEX PARIS COLLECTION(PARIS), ANNADEL(owner of a several atelier along the Côte d’Azur) and so on.
Musician guests list included: the Parisienne singer EDENN, who’ve performed live on stage his ultimate song “ THINKING”, that reached the top of the France charts. Behind the consolle: the one and only international DJ RITA GHERZ. The night, was hosted by the sponsor as the brain of the whole event, GIULIA DEAMINA along with CAROLIEN TER LINDEN: Dutchwomen Top model and Tv presenter for RTL4 Amsterdam also founder of
“PASSERELLA MODA AGENCY” and “MISS FILM FESTIVAL INTERNATIONAL”.

Giulia Deamina and the CEO of NPU PARFUM, RAFFAELE, honoured the guests with a set of high fascinated parfum, branded “One In A Million” studied for the event.

The events ended with a cocktail party by renowed “CAPURRO RICEVIMENTI” Catering. 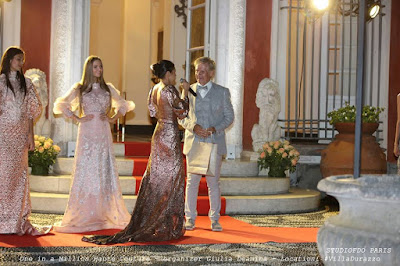 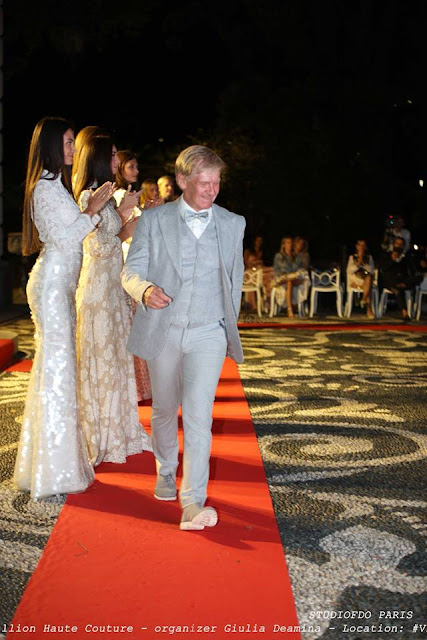 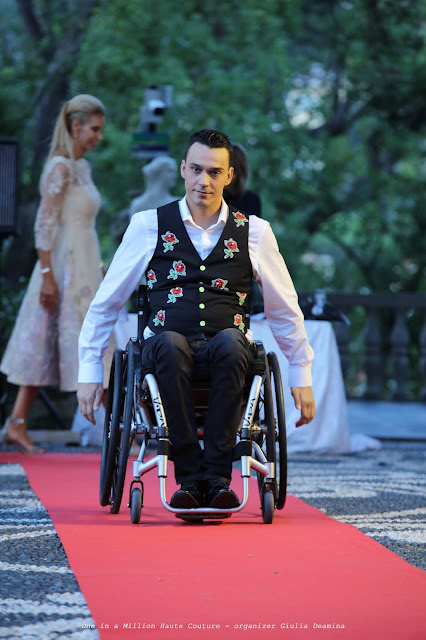 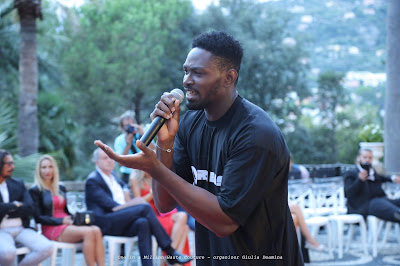 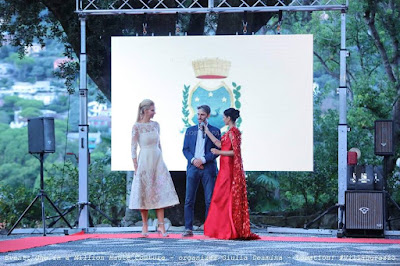 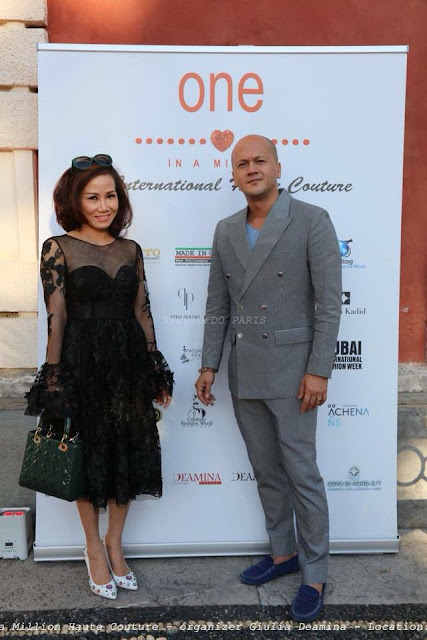 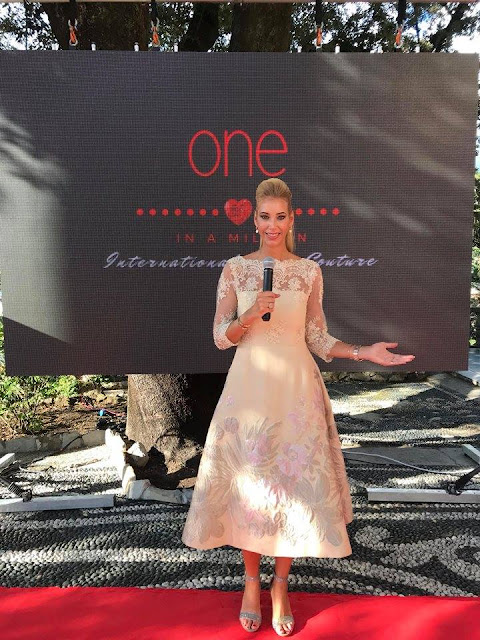 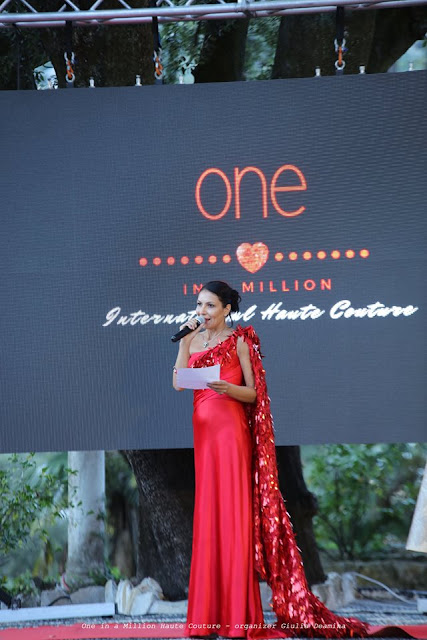 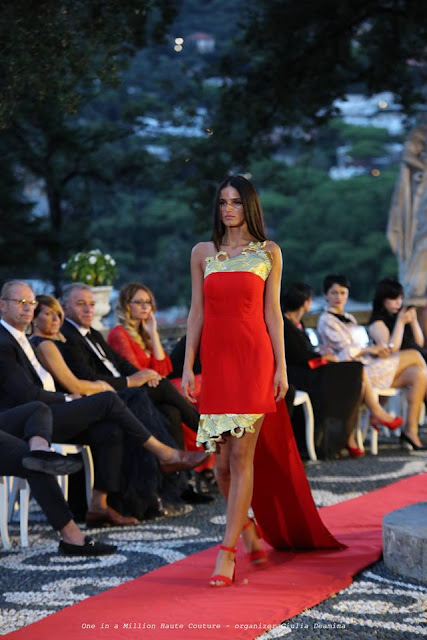 Posted by JMKPublicist at 8:33 PM